* In case of any delay in receiving the OTP, you may verify it later. Please proceed without verification.

Enter your City name or Pincode

Dalsinghsarai is located in Samastipur district of Bihar. It was established by a General Dal Singh who was a loyal server of the Afghan ruler Sher-Shah Suri. Dalsinghsarai is also popularly known as Aghori Ghat after the Name Of the 9th Aghori Guru Dalpit Singh. Dalsinghsarai is not only an old city of Bihar but also the first railway station established in Bihar that added greater momentum to the North –Eastern Railway. The cities that is located near Dalsinghsarai are Samastipur, Gaya and Patna. Cities like Begusarai, Dharbhanga and Chhapra are also njot very from from Dalsingharai. 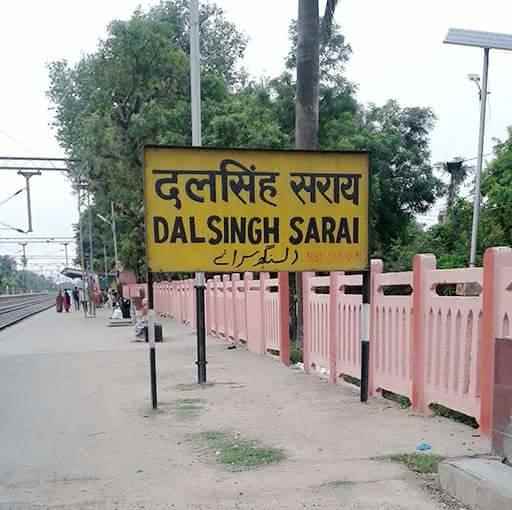 According to the Census of 2011, Dalsinghsarai accounts vast population of 23,862 people among whom 12,552 are males and 11,310 are females. Dalsinghsarai has acquired 83.64%of male literacy and 71.44%of female literacy which is quite praiseworthy in comparison to the previous scenario of literacy rate in Bihar.

Dalsinghsarai was established during the reign of Afghan ruler Sher-Shah-Suri. Secondly it was a paramount centre of Indigo Cultivation. In fact cultivation of indigo was first started in Dalsingharai in 1902. There are various tourist spots which one can enjoy and also visit places near the city.

Pandav Asthan: This is a famous archaeological site where according to local beliefs ,the five brothers Yudhisthir, Bhim, Arjun, Nakul and Sahdev along with mother Kunti & wife Draupadi had stayed .during there 13 years of exile from Hastinapur. Lately, after executing a profound excavation, the archaeologists have discovered earthen relics of Gupta Age in Dalsinghsarai.

Mannipur Temple: Mannipur Temple is a Durga Mandir which also can be visited after completing their tour in Dalsinghsarai. Along with that Thanewar temple which is dedicated to Lord Shiva can also be visited.

Dalsinghsarai being a fast developing city brings all types of facilities to its residents. From hospitals to hotels and police stations you can find presence of all types of services in this city.

There are several good hospitals in Dalsingharai which provide sound medical facility.

The local people and the tourists can surely enjoy the hospitality of the city. Some of the significant hotels are-

The cuisine and the food outlets are equally good as the hotels. You can visit the restaurants to enjoy homely food with family.

Movie Halls
People can also enjoy the ambience of the movie halls here.

To execute the monetary transaction it’s very important to have ATM counters. Major ATM counters of Dalsingh Sarai are mentioned below.

The easiest and simplest way to visit Dalsinghsarai is the two poignant train routes. First is Barauni-Samastipur-Muzaffarpur route while the second is Samastipur-Darabhanga route. There are many bus stops that can help in avail trips in Dalsinghsarai. From Ambedkar Bus Stand and Mangal Chowk Bus Stop you can find buses to various locations of the state. Currently there is no airport in Dalsinghsarai. The nearest airport is located at Patna.

Comments / Discussion Board - About Dalsinghsarai